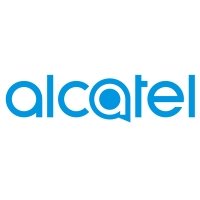 Write your review on the Alcatel 3X smartphone

Do you have an experience with smartphone Alcatel 3X? Write a comment, it will help other people to decide.
Add comment

The Alcatel 3X was released in February, 2018 as a mid-tier smartphone option for those who want a fast & reliable device. Inside of the box you’ll receive: Alcatel 3X device, power adapter, quick start guide, warranty card, USB data cable, & SIM removal tool. Below we’re going to take an in-depth look at the features of the device & why it may be the right choice for you.

Powering the 3X is a Mediatek MT6739 SoC with a quad-core 1.3GHz ARM Cortex-A53 CPU unit. In the graphics department, the 3X has a PowerVR GE8100 570MHz GPU with 28nm process technology. The 3x has a 2GB & 3GB LPDDR3 667MHz RAM configuration you can choose from with expandable memory up to 128GB via a microSD card.

The phone comes with the following sensors: accelerometer, proximity sensor, rear-mounted fingerprint sensor, compass, & light sensor. The 3X has two memory configurations which are 16Gb & 32GB of ROM storage, the display on the device is a 5.7in IPS LCD capacitive touchscreen interface with a 1440 x 720-pixel resolution.

The Alcatel 3X is a powerful device that bring a lot to the table!